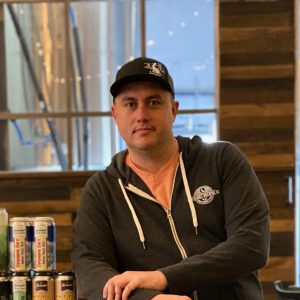 Erle is Co-Owner and Managing Partner of Jackrabbit Brewing Company in West Sacramento, CA.  Although it has been rumored that he won his stake in the brewery in a poker game, truth be told he was brought in to run the brewing operations by Co-Founders, and brothers, Scott and Chris Powell who first introduced him to Craft Beer years prior. Despite the fact that his time in the industry has been brief, his passion for creativity, community, and collaboration continue to drive him to challenge himself daily. He is a proud husband and father of two, when he is not working at the brewery he can usually be found sleeping. 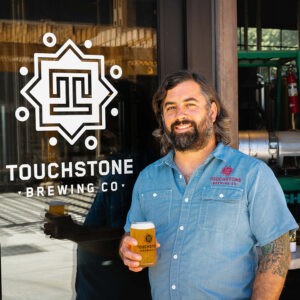 Ryan is a brewer in a rock climbing company? Really? Really!
Ryan tapped into commercial beer in 2012 at Strike Brewing Company in San Jose, after a decade of home brewing. Managing production, brewing, selling, & doing all the things prepared him for his own project, Touchstone Brewing Company. Ryan designed, built, and now runs Touchstone Brewing Company, a division of Touchstone Climbing. Climbing and brewing are two of Ryan’s favorite things to do, so combining them has been a dream come true. 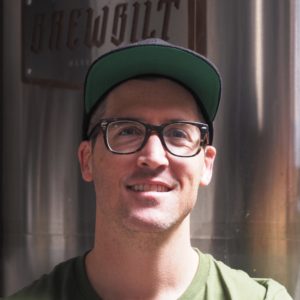 Sage Smith is the co-founder and managing partner of Bike Dog Brewing Company in West Sacramento, CA. Before managing the small brewery and two taprooms, Sage spent almost two decades as a graphic designer. He brings the same creative approach to leading his team of beer makers, sellers and taproom staff. 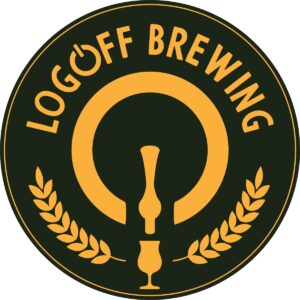 Jim is the Co-Owner, Managing Member and Head Brewer of LogOff Brewing in Rancho Cordova. He started his craft beer journey as a home brewer many years ago. After becoming unsatisfied sitting behind a computer all day, he and his long-time high school friend Matt Risse decided to LogOff and open a brewery. Now Jim can be found running brewery operations and concocting some delicious beers for everyone to enjoy. Now it’s your turn to LogOff and enjoy a beer!
CONTACT JIM 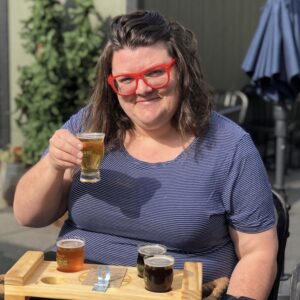 Taylor is the Operations Manager at At Ease Brewing Co. in beautiful mid-town Sacramento. She and her dad started the brewery in 2019, where they focus on a variety of beer styles and an easy-going atmosphere. When not running the day-to-day at the brewery, Taylor loves: living it up in Sacramento, pale ales, art & staying put. 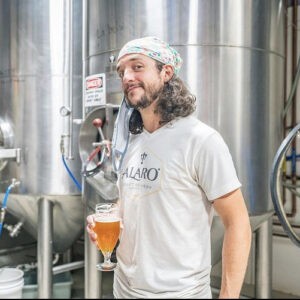 Chris’ brewing career started as a home brewer while chasing his dream to be a chef. While working in kitchens and running restaurants in Albuquerque, NM, the love for craft beer became his passion. The crafting of flavors while honoring the principles grew while he and his wife, Lauren, searched for their next move in life. Sacramento and UC Davis came calling and in 2012, they made Sacramento their new home. The Rubicon Brewing Co. was the first stop upon arrival to town and the love affair was instant. While later brewing for the Rubicon, he joined professional organizations like the MBAA and Brewer’s Guild and completed the Master Brewers Program at UC Davis. Chris went down with the U.S.S Rubicon and that paved the way for the Alaro to take the reigns. Along with the Ballestero’s, Santana and a spirited crew, the Alaro Craft Brewery has continued the dream of craft beer on Capitol Avenue with a reimagined model of what a brewpub could be. 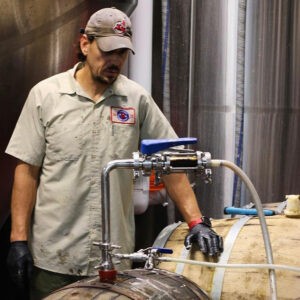 After nearly 13 years of engineering sales in corporate America, Justin joined the craft beer industry in 2017. Starting off as a part-time delivery driver, he soon took over as the Operations Manager at Sactown Union/Tower Brewing for nearly three years. He’s currently the Cellarman at Moksa Brewing, enjoying all things barrel-aged, hoppy, and crisp. You can find him quite often yelling (cheering) for his Cleveland Browns and exploring/hiking/snowboarding around Lake Tahoe. 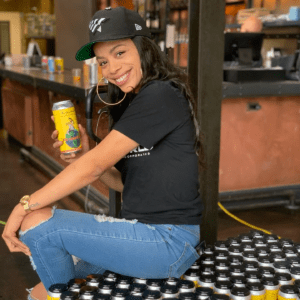 Brittany Claypool began her journey into the craft beer industry in 2021 with a fruited kettle sour beer line specifically crafted for women, in collaboration with Oak Park Brewing Co. and now serves as the company’s Brand Strategist.  With a background in brand strategy and business development, Brittany joined forces with OPB to help drive success through diversity and building community. Brittany’s mission is to champion diversity and inclusion for all in the craft beer industry.